The rate of decline in UK retail sales slowed down from -6.8% to -6.1%, which turned out to be slightly worse than the forecast of -5.6%, but we are still talking about an improvement in the dynamics. Especially since the previous data was revised upwards from -6.9%. So once again the market had no reason to implement the long-awaited correction. The dollar is still heavily overbought. And if even a few weaker retail sales data were not enough to initiate it, then today's completely empty macroeconomic calendar will also not allow a local correction. 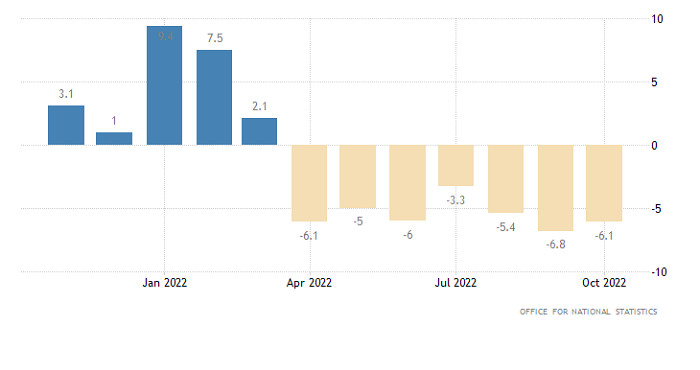 The GBPUSD currency pair, despite the scale of price fluctuations, is moving along a fairly regular range within the limits of two control levels: 1.1750 and the lower area of the psychological level of 1.1950/1.2000.

The RSI H4 technical instrument is moving in the upper area of the 50/70 indicator, indicating a bullish mood among market participants. This may be a residual signal, but in order to change it, a comprehensive solution is necessary in terms of technical analysis. It means the end of forming a flat along a downward trajectory, as well as keeping the indicator below the average level of 50.

The Moving MA lines on Alligator H4 and D1 are directed upward, this signal corresponds to the bullish mood of traders of the GBPUSD pair. 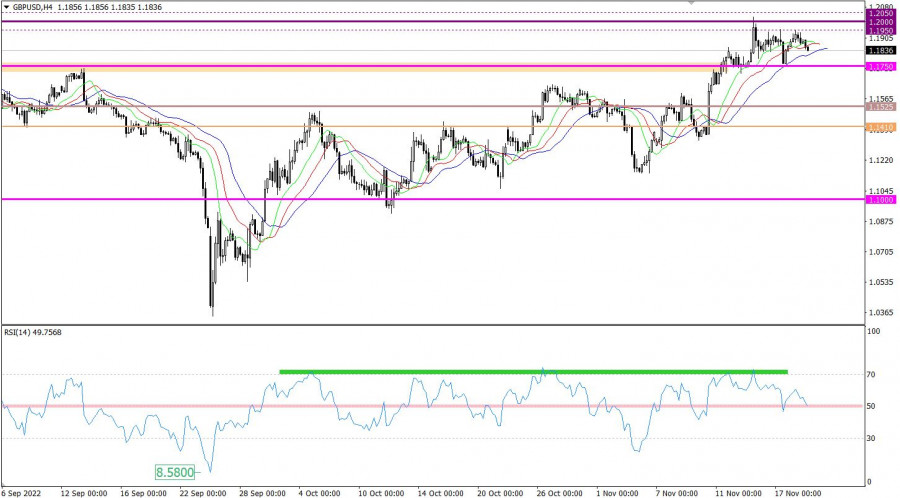 In this situation, the conversation about primary changes will arise only after the price stays outside a certain level for at least a four-hour period. Till then the risk of a rebound will remain, which allows the subsequent formation of a horizontal channel.

Complex indicator analysis in the short-term and intraday periods have a variable signal due to stagnation. In the medium term, indicators are focused on an upward cycle.

Hot forecast for GBP/USD on 27/01/2023
Although the U.S. economy has slowed down much more than expected, the situation on the currency market has not changed, as market participants...
Breaking forecast for EUR/USD on January 26, 2023
The euro returned to its local high. Today's data from the US is likely to boost it higher.
Hot forecast for GBP/USD on 25/01/2023
Although the U.S. reports turned out to be better than the U.K., the pound is clearly poised for further gains as investors expect the Federal Reserve...
Show more
Analysis Articles Fundamental Analysis Trading Plan Cryptocurrencies Technical Analysis Breaking Forecast
All Analytics
Breaking Forecast Trading Plan Cryptocurrencies USD/RUB Russian Economy Video Analysis
Trading Instruments
EURUSD GBPUSD USDCHF USDCAD USDJPY AUDUSD EURGBP EURJPY NZDUSD EURNZD Silver Gold #CL #USDX COVID-19 Bitcoin

Unexpectedly, but the euro and the pound sterling traded with the opposite correlation yesterday. Oddly, there were no reasons for this. At least, the macroeconomic statistics could hardly

There is no wonder that the market got stuck amid the absolutely empty macroeconomic calendar. Today, the market is expected to remain stagnant despite the UK labor market reports. According

5023
Can't speak right now?
Ask your question in the chat.