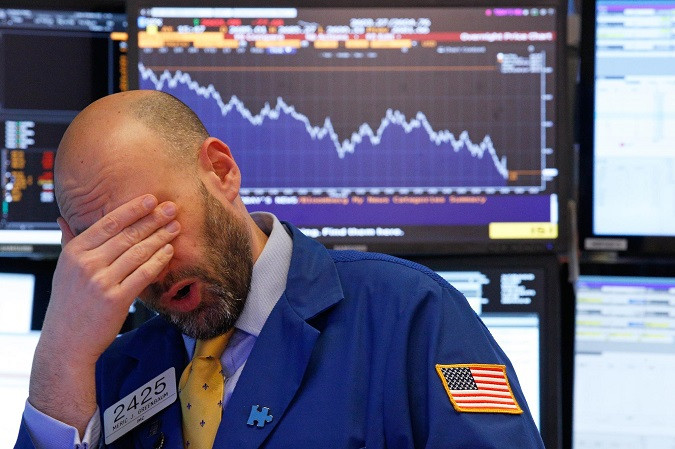 Stock markets opened the week lower as investors worry that China may have to further tighten its Covid restrictions. That could undermine global economic growth prospects, and has led to protest across key cities.

Data indicates that the S&P 500 cut its monthly rally, with Apple seeing losses after Bloomberg News reported that unrest at its key manufacturing center in Zhengzhou is likely to lead to a production shortfall of nearly 6 million iPhone Pro units this year. Meanwhile, Amazon made gains in retail sales, and analysts say the Cyber Monday results will paint a fuller picture of demand this holiday season.

The unrest in China is complicating the country's path to economic opening. This, along with the potential moderate rate hikes by the Fed in upcoming sessions, has spurred interest towards riskier assets. Analysts at Goldman Sachs have warned that the chances of a disorderly exit from Beijing's Covid Zero policy are also rising.

Just as the S&P 500 was trying to break above its mid-November highs, sentiment turned negative, threatening the recent market momentum. The timing is most inconvenient here as the index is approaching an important technical zone in the form of both the 2022 downtrend and the 200-day moving average. If the bullish mood ends, short-term trades could trigger profit-taking.

In Europe, ECB President Christine Lagarde said that she would be surprised if inflation in the region peaked. This would mean that interest rate hikes are not over.

On the other hand, Fed Chairman Jerome Powell is expected to reinforce expectations that the central bank will slow the pace of rate hikes next month. However, the fight against inflation will last until 2023.

Key news for this week:

IBM stock price remains vulnerable to a move lower towards $130.

IBM stock price is trading around $135.25 forming lower lows and lower highs since the top at $153.14. Short-term trend us bearish as price has already retraced 50%

Adani Enterprises' shares, which had been dropping precipitously all last week as a result of a report by the American company Hindenburg Research, eventually stopped dropping and rebounded by 14%

US premarket on February 7: US stock market tries to stabilize

On Tuesday, US stock index futures traded slightly higher ahead of comments from Federal Reserve Chairman Jerome Powell that could affect the central bank's rate trajectory. The S&P

SPX starts the week where we left of on Friday. Price remains under pressure around 4,100 but technically trend remains bullish as price continues making higher highs and higher lows

748
Can't speak right now?
Ask your question in the chat.