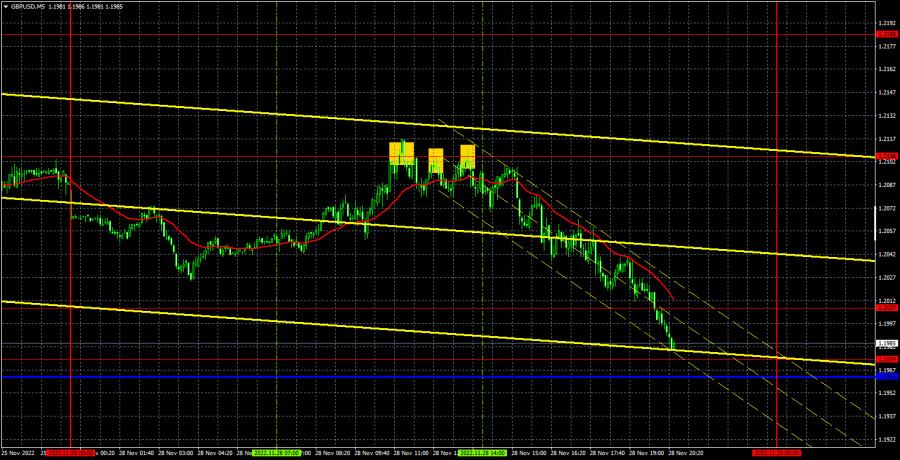 The GBP/USD also showed a strong downward movement on Monday afternoon. However, the pound's movement was different from that of the euro, which initially rose strongly. However, by the end of the day it became clear that the pairs are still synchronized, so we expect a bearish correction from both of them. In the pound's case, an important event happened yesterday - the price settled below the ascending trend line, and it may also cross the Kijun-Sen line. If that happens, then traders can use two strong sell signals. In this case, the pound might fall by 300-400 pips, as its growth in recent weeks requires at least a purely technical correction. We are already silent about the fact that the British currency was not always growing in a logical or reasonable manner.

As for trading signals, the pound's situation was not as bright as it was for the euro. There were three consecutive sell signals near the level of 1.2106, and as we recall, if the first two signals are false, then it is better not to use all the next ones. However, yesterday we were lucky with the signals, because the price did not go down the required 20 pips even after the first and second signal, which means that the first short position was the only one that shouldn't have been closed. As a result, the pound dropped to the level of 1.2007 till the evening, and continued falling. The position should have been closed somewhere in this area. The profit on it was at least 80 points. 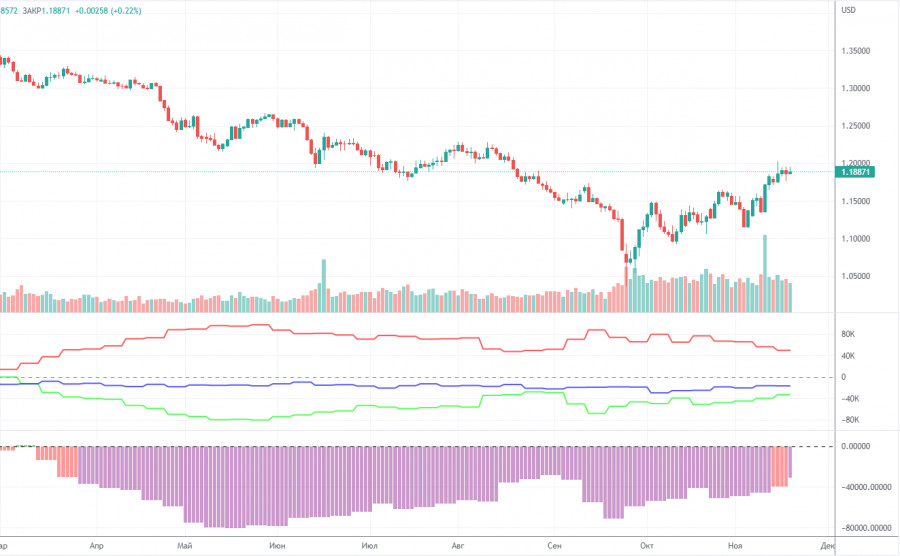 The latest Commitment of Traders (COT) report on GBP logged a slight decrease in bearish sentiment. In the given period, the non-commercial group closed 1,900 long positions and 8,800 short positions. Thus, the net position of non-commercial traders increased by 7,000. The net position is gradually growing during the last months, but the sentiment of the big players is still bearish. The pound has been rising in recent weeks, but so far it does not seem that it is preparing for a long-term uptrend. And, if we remember the euro's situation, then based on the COT reports, we can hardly expect a surge in price. The demand for the US currency remains very high, and the market, as it seems, is just waiting for new geopolitical shocks so it can return to buying the dollar. The non-commercial group now has a total of 67,000 shorts and 34,000 longs opened. As we can see, there is a wide gap between them. As it turns out the euro is now unable to show growth when market sentiment is bullish. When it comes to the total number of long and short positions, here bulls have an advantage of 17,000. Still, this is not enough for the sterling to increase. Anyway, we are still skeptical about the pound's long-term growth although the technical picture shows otherwise. 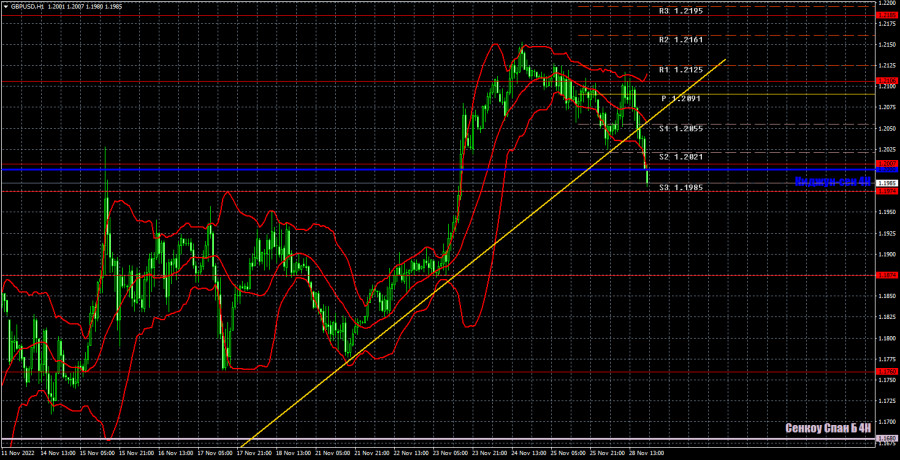 The pair started moving down, which we have been waiting for. It has crossed the trend line, so the uptrend is officially canceled. I believe that the pound may show a solid decline in the near future. On Tuesday, the pair may trade at the following levels: 1.1760, 1.1874, 1.1974-1.2007, 1.,2106, 1.2185, 1.2259, 1.2342. The Senkou Span B (1.1680) and Kijun Sen (1.2000) lines may also generate signals. Pullbacks and breakouts through these lines may produce signals as well. A Stop Loss order should be set at the breakeven point after the price passes 20 pips in the right direction. Ichimoku indicator lines may move during the day, which should be taken into account when determining trading signals. In addition, the chart does illustrate support and resistance levels, which could be used to lock in profits. There are no important events or reports in the UK and the USA. Therefore, traders will have nothing to react to. The pair can continue to correct and the movement may not be strong, as all the most important events are scheduled for the second half of the week.

How to trade GBP/USD on January 30. Simple trading tips and analysis for beginners

GBP/USD traded sideways again on Friday. The price has been between 1.2260 and 1.2444 for eight full days. The range is not the smallest, but this is what we would

How to trade EUR/USD on January 30. Simple trading tips and analysis for beginners

EUR/USD started a downward movement on Friday after settling below the trend line on Thursday. In fact, the pair has been moving sideways more than up or down

1813
Can't speak right now?
Ask your question in the chat.