The euro wants to rise, but it can't yet. The dollar is tired of strengthening, but the "hawkish" rhetoric of the Federal Reserve officials keeps it afloat. The EURUSD pair fell from the 5-month highs after New York Fed President John Williams said that the fight against inflation will continue until 2024, and St. Louis Fed President James Bullard said that markets underestimate the Fed's aggression. How can the euro not fall to such a roar of hawkish artillery? However, the regional currency is not a rusty one.

The "bulls" on EURUSD are clinging to improvement of the situation in China, where under the influence of mass protests, Beijing may ease restrictions connected with COVID-19 and to Christine Lagarde's speech. Lagarde would be very surprised if European inflation starts to slow down and argues that the ECB is obliged to stop stimulating demand. To do so, it needs to bring rates up to levels that limit GDP growth as quickly as possible. Such a stance by the head of the central bank increases the chances of a 75 bps increase in the cost of borrowing in December and extends a helping hand to the euro.

However, the approach of a global recession and the readiness of US stock indices to restore the downward trend limit the potential of the EURUSD rally. Barclays claims that the pair has no more foundation to rise, and TD Research notes that the sell-off of the US dollar has gone so far that speculative positioning for this currency has returned to neutral levels.

The first-ever inversion of the global debt market yield curve suggests troubling thoughts. The US economy will not cope with the aggressive monetary restriction of the Fed, the European economy with the energy crisis, and the Chinese economy with COVID-19. We are looking at a contraction of world GDP in 2023—an extremely sad news for EURUSD.

Dynamics of the global yield curve 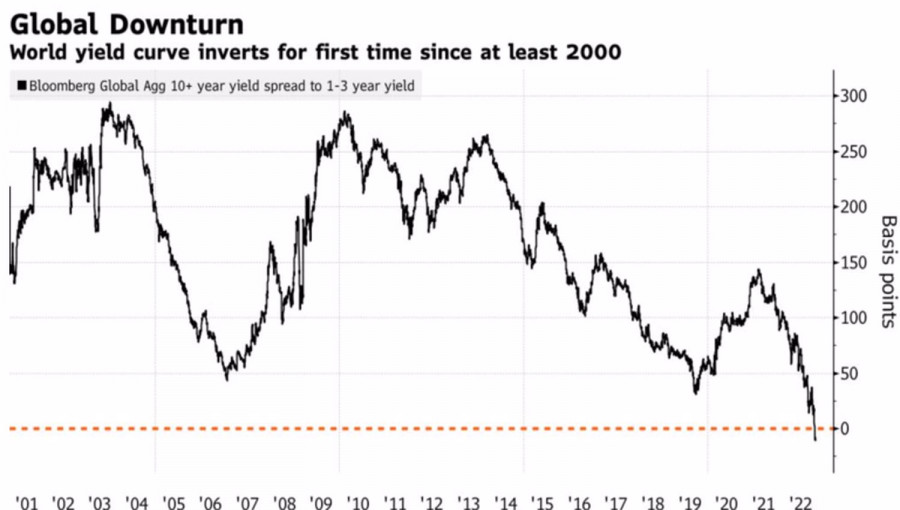 A rather pessimistic scenario is drawn by Morgan Stanley. It agrees that aggressive rate hikes have been the main driver of the S&P 500's peak in 2022, but QT will be the elephant in the room in 2023. The reduction in the Fed's balance sheet leads to a decrease in liquidity, which negatively affects the US stock market.

Dynamics of the S&P 500 and liquidity volumes 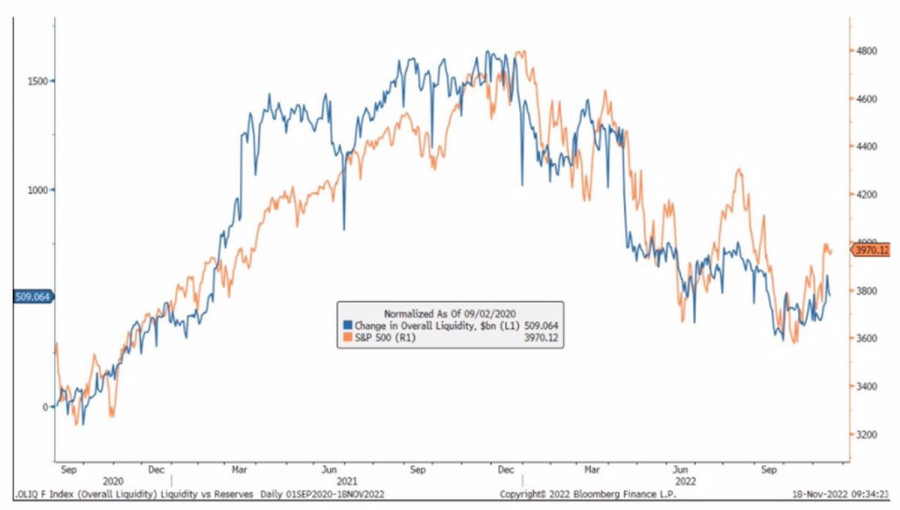 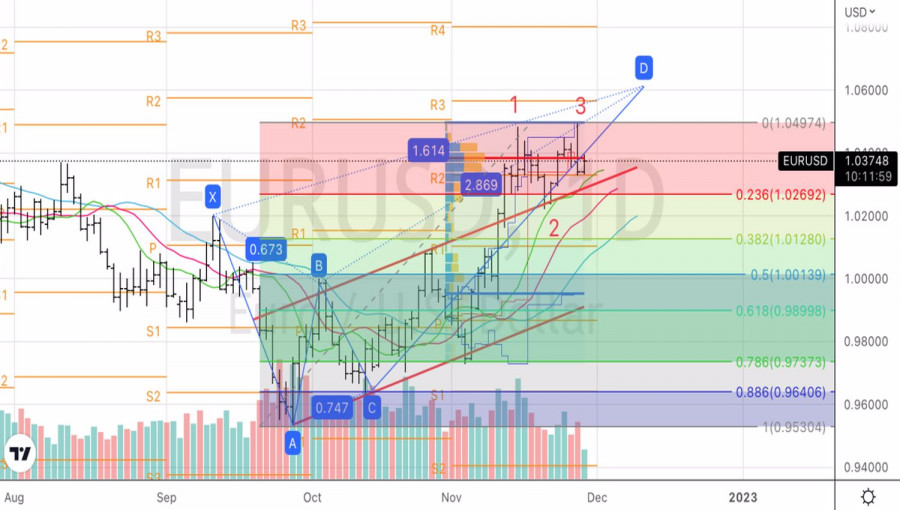 Thus, after the euphoria associated with the Fed's slower monetary tightening, gloomy sentiment is returning to the market. And the dollar is the currency of the pessimists. EURUSD is desperately resisting the intention to break out to 1.05, and expectations of a "hawkish" speech of Jerome Powell and weak statistics on German inflation are on the side of the "bears." Bloomberg experts forecast its slowdown, which will lower chances to raise the deposit rate by 75 bps at the December meeting of the ECB.

Technically, on the EURUSD daily chart, the formation of a bar with a large upper shadow and the Double Top pattern indicates the seriousness of the bears' intentions. At the same time, to confirm the reversal of the upward trend, the quotes need to fall below 1.0325. It will allow us to increase the shorts formed from the level of 1.045.

778
Can't speak right now?
Ask your question in the chat.