Forex Analysis & Reviews: GBP/USD. Analysis for November 29. The British pound makes a new attempt to start a downward section of the trend 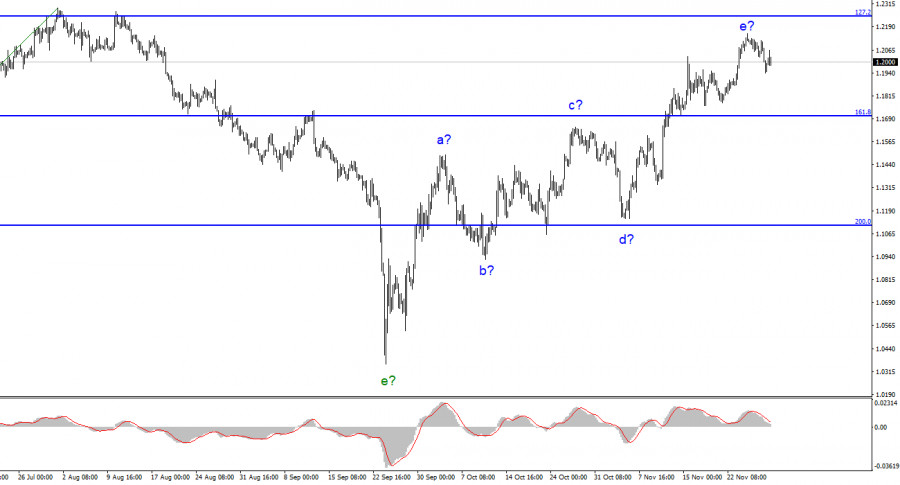 The wave marking for the pound/dollar instrument currently appears quite confusing, but it still does not call for any clarifications. We have a five-wave upward trend section, which has taken the form a-b-c-d-e and may already be complete. As a result, I believe that the instrument's quote increases may last for a while. However, the European currency has recently begun to grow once again, and both instruments should ideally move in the same direction. As a result, I believe that the pound is simply waiting for the euro to finish creating another upward wave so that a mutual decline can start. Recently, the British pound's news background has been so varied that it is even challenging to sum it up in one word. The British pound had more than enough reasons to rise and fall. As you can see, it primarily went with the first option. The internal wave structure of wave e has become more complex as a result of the rise in quotes over the past week, but so far, only this wave and not the entire trend section have done so. I'm still waiting for the decline of both instruments because the wave marking on both instruments allows the ascending section to be built to completion.

The exchange rate between the pound and the dollar rose by 65 basis points on Tuesday but decreased by 130 on Monday. A new attempt, in my opinion, is being made to begin constructing a downward trend section, which should have at least three waves because wave e has assumed a rather extended form. However, recent weeks have demonstrated that demand for British currency can increase even in the absence of justification, and the market is not in a rush to purchase US currency at the moment. I'm still waiting on a decline in quotes, though. There was a long string of FOMC members' speeches on Monday, all of which can be summed up in the word "tightening."

James Bullard specifically predicted that the interest rate will increase to above 5% and stay there for an additional year and a half. According to Fed Deputy Chairman Lael Brainard, the world economy may soon enter a period of volatile inflation as a result of shocks from the military conflict in Ukraine and disruptions in supply chains worldwide brought on by the pandemic. According to Brainard, the world's central banks will be compelled to combat this situation by enforcing stricter monetary policy. These statements from FOMC members are by no means the first or the only ones to suggest that rates may rise more than anticipated and stay high for a lot longer than anticipated. This news background, in my opinion, is sufficient for the demand for US currency to start increasing. Additionally, the wave marking at this time supports such a scenario. I find it challenging to think of any additional justifications the market could have for continuing to purchase the British pound. 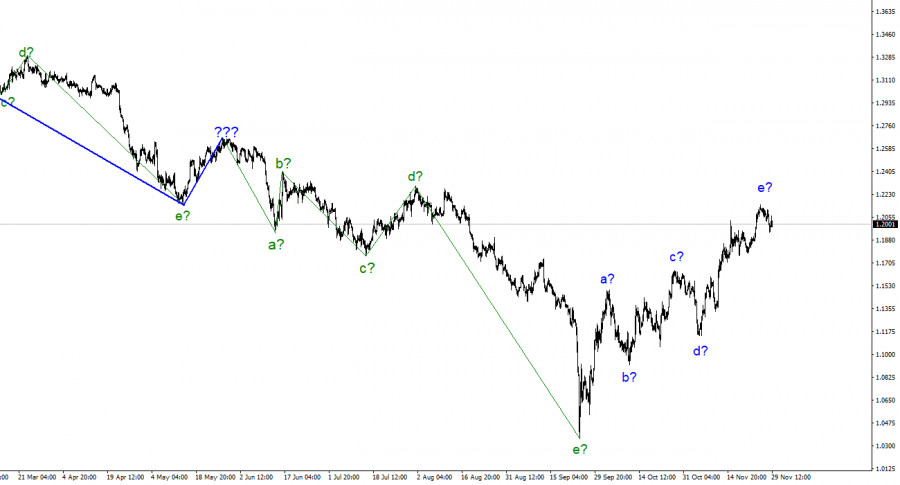 The construction of a new downward trend segment is predicated on the wave pattern of the pound/dollar instrument. I am no longer able to recommend purchasing the instrument because the wave marking already permits the development of a downward trend section. With targets around the 1.1707 mark, or 161.8% Fibonacci, sales are now more accurate. The wave e, however, is capable of evolving into an even longer form.

The euro/dollar instrument and the picture look very similar at the larger wave scale, which is good because both instruments should move similarly. The upward correction portion of the trend is currently almost finished. If this is the case, a new downward trend will soon be developing.

1753
Can't speak right now?
Ask your question in the chat.