Forex Analysis & Reviews: Weak US economic data could persuade the Fed to be less hawkish on it policy

Markets value today's economic data as it could have a significant impact on the decisions of the Fed in their December monetary policy meeting. The most crucial is the revised US GDP figures for Q3, which are expected to show an increase of 2.7%. This would indicate that the economy is not in recession and would therefore be viewed positively by market players investing in US equities.

The next data to look out for is the number of new jobs from ADP. Analysts expect its growth to drop from 239,000 in October to 200,000 in November. Following it is the core PCE figures, which should fall to 4.50% in the 3rd quarter. There would also be the JOLTS job openings for October.

If the figures do not exceed expectations, the Fed will not proceed with an aggressive rate hike. Instead, it would reduce the growth rate from 0.75% to 0.50%, which is actually what the markets expect. In that case, stock markets could gain support, while dollar will fall.

Another important event today is the speech of Fed chairman Jerome Powell. Many expect him to be hawkish, but some believe that he will try to avoid being specific, leaving room for manoeuvre for the central bank to decide at its December meeting. 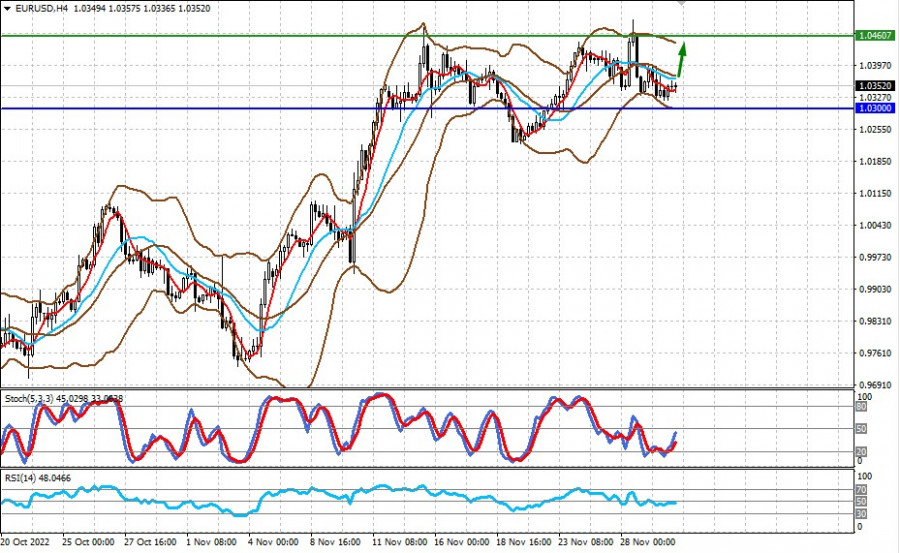 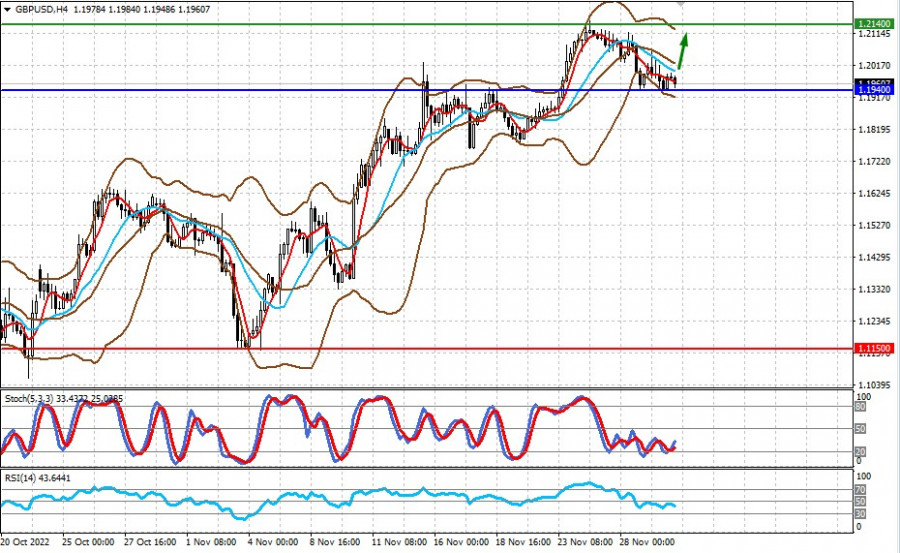 The pair is above 1.1940. Further risk appetite and rising expectations of lower rates in the US may push the quote to 1.2140.

1438
Can't speak right now?
Ask your question in the chat.