The middle of the trading week was marked by increased volatility. A busy economic calendar on Wednesday kept the traders of dollar pairs, including the euro-dollar pair, in good shape. The EUR/USD pair managed to update its multi-day low (1.0292) and move up to the 4th figure. However, despite sharp fluctuations, the situation remains the same: the day has not solved the common problem of EUR/USD traders. 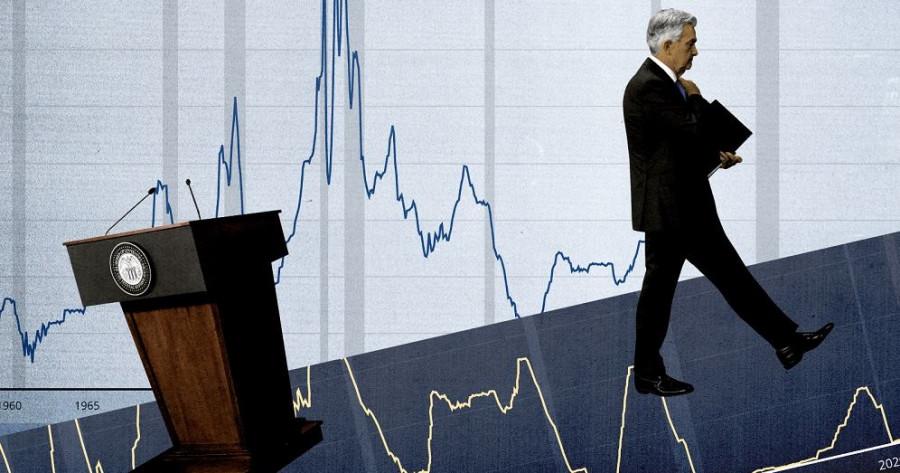 The contradictory fundamental background forces the pair's traders to trade in a wide price range, i.e. in a flat. If we look at the weekly chart, we will see that the pair is alternately pushed to the boundaries of the limits at 1.0300-1.0450, occasionally allowing itself to "break through" this framework. However, market participants have not been able to decide on the direction of the EUR/USD movement for almost a month now. To develop the downtrend, the bears need to settle down in the area of the 2nd figure, whereas to strengthen the upward momentum the bulls need to settle firmly above the 1.0400 target. So far, the parties have not achieved the desired result.

There were some important fundamental events on Wednesday. In Europe, the data on inflation growth in the eurozone was published, and in the US, Federal Chairman Jerome Powell delivered a speech. A kind of "cherry on top" was the ADP report. Briefly, we can say that European reports were not in favor of the euro, while American events were not in favor of the greenback. And though at the end of Wednesday, the pendulum swung towards the EUR/USD bulls, you should not trust this price movement - by and large the price growth has an emotional nature.

Let's start with the European events. The latest report showed the first signs of a slowdown in inflation in the eurozone. The year-over-year CPI came in at 10.0% (instead of the forecasted 10.4% and the previous peak of 10.6%). Core inflation came out at the forecasted 5% level (as in the previous month).

Of course, the rate of inflation in the eurozone is still unacceptable for the European Central Bank, but the first signs of a slowdown in CPI will strengthen the position of some representatives of the ECB, who advocate lower rates of monetary policy tightening (among them, I recall, ECB chief economist Philip Lane). There is no doubt that the ECB will maintain a hawkish stance, but the possibility of a 50-point rate hike in December (instead of a 75-point one) will be discussed by the members of the council more reasonably. This fundamental factor is a kind of anchor for EUR/USD, which will remind itself from time to time. 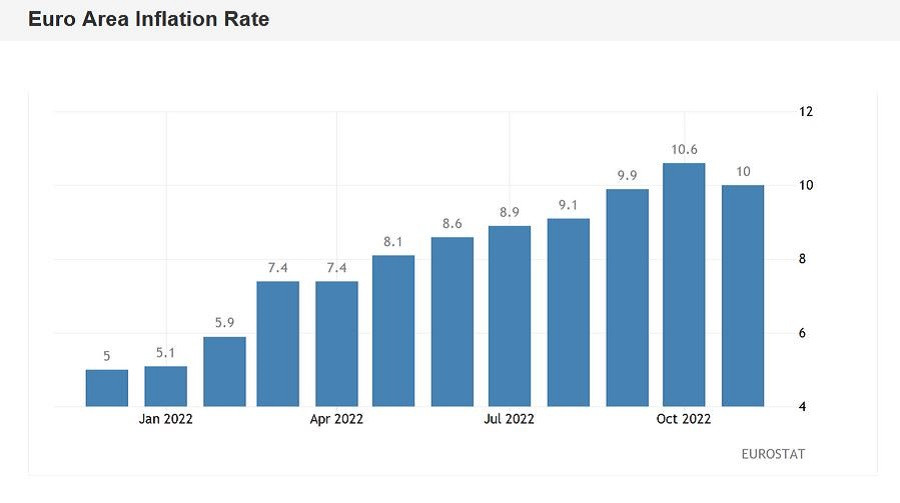 First of all, I was unpleasantly surprised by the ADP report. It turned out to be disappointing. According to the agency, private employment in the US increased by only 127,000 in November (though the preliminary forecast was about 200,000). If the official numbers on Friday repeat the trajectory of that release, the dollar would be under significant pressure again. But we have to keep in mind that ADP numbers don't always correlate with Nonfarm, so "betting" against the dollar is very risky. After all, if Friday's data beat expectations, the dollar bulls will be inspired to push for another rally.

Powell also put pressure on the greenback. But here it is necessary to underline an important nuance: Powell did not sound any "sensational" news of dovish character and, generally, did not say anything essentially new. He just failed to meet the hopes of many traders, who were sure that he would take an extremely hawkish position. Particularly, according to the experts of the Japanese bank MUFG, Powell's speech was supposed to be political (and therefore, hawkish). They suggested that the Fed governor might again downplay the importance of slowing the pace of rate hikes and warned that the rate would probably rise to a higher peak than previously planned. Similar predictions were made by a number of other currency strategists.

But Powell only confirmed what we already know, putting an end to the discussion about the date of slowing down the monetary policy tightening. According to Powell, the time for a slowdown in the pace of rate hikes "may come as soon as December". He added that the final level of the federal funds rate is likely to be "somewhat higher" than the September forecasts. But the market focused its attention on the first dovish thesis.

Can Powell's speech be seen as an argument for developing an upward movement? Certainly not.

Firstly, he confirmed the information which has been known for a long time, and secondly, he allowed the "broadening horizons". Such signals cannot form the basis for a large-scale growth of EUR/USD. As for ADP, we should not make hasty conclusions here as well. Once again - ADP figures do not always correlate with Nonfarm, so in this case it makes sense to wait for the official release. Also, on Thursday, the Personal Consumption Expenditures Price Index, which is the Fed's favorite inflation indicator, will be released in America. If it comes out in the green zone, the dollar bulls can pull back the pair to the base of the 3rd figure.

Thus, in my opinion, the corrective upward surges can be used to open short positions (if you consider the medium or long term trade). The main bearish target is located at 1.0250, which is the middle line of the Bollinger Bands indicator on the D1 timeframe.