Yesterday's employment data from the US showed that weekly jobless claims went up in contrast to a forecast predicting a decline. This is a negative factor for the US labor market which served as a catalyst for selling the US dollar.

Overview of technical charts on December 8

After breaking above the mark of 1.0550, the euro extended its rise against the US dollar. So, the European currency managed to regain almost 100% of its losses after the recent correction from the resistance level of 1.0600.

GBP/USD accelerated its advance after settling above the level of 1.2200. This allowed traders to add more long positions so that the pair gradually recovered after the recent pullback. 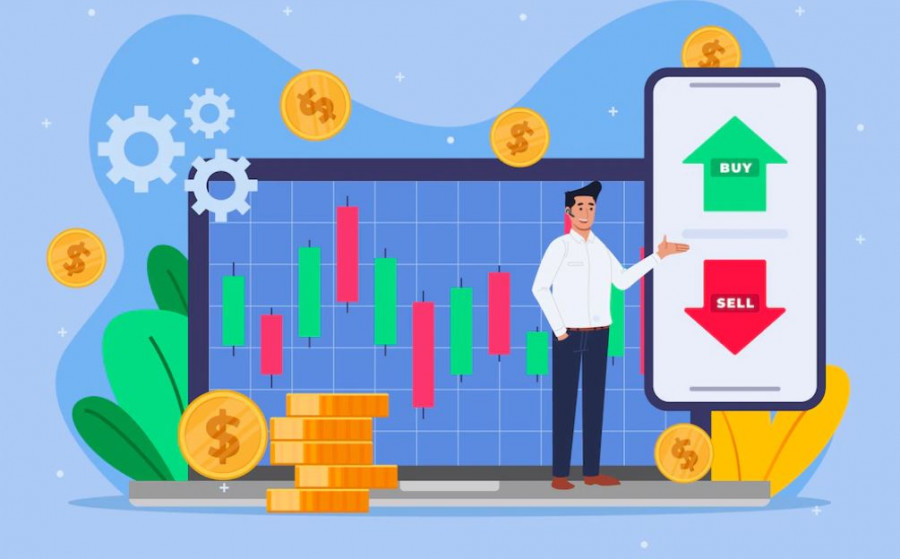 Today, the US will publish the data on the producer price index which is expected to decline to 5.9% from 6.7%. This will be a signal that inflation is slowing down. If so, the US dollar sell-off may intensify amid expectations that the Fed will raise the rate by 50 instead of 75 basis points at its meeting in December.

If the price holds above 1.0600 at least on the H4 timeframe, the pair may extend its downtrend from the current low. This will signal a change in the market sentiment in the medium term.

Alternatively, a rebound from the level of 1.0600 is possible. If so, the volume of short positions may gradually increase thus causing a reversal in the trend. 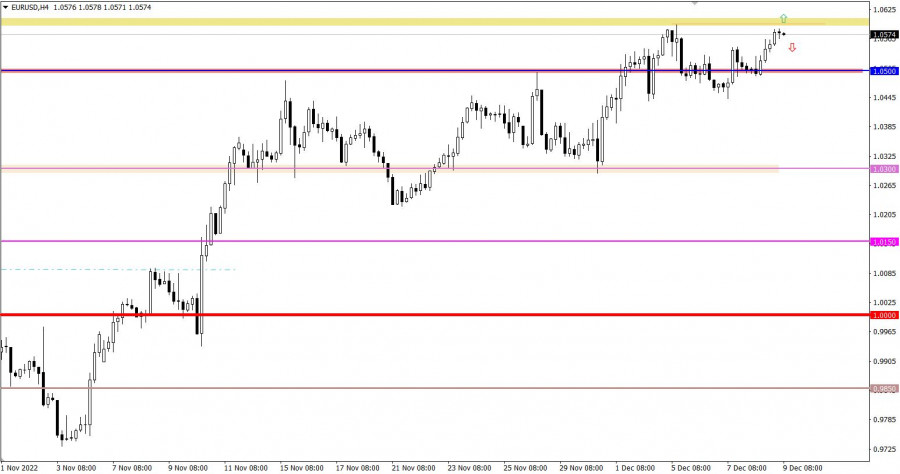 A steady hold above the 1.2300 level on the 4-hour chart may pave the way toward the local high of 1.2343. This move will indicate a change in the market sentiment in the medium term.

In a different scenario, the price may rebound from 1.2300/1.2343, encouraging the bears to add more short positions at the start of the next week. 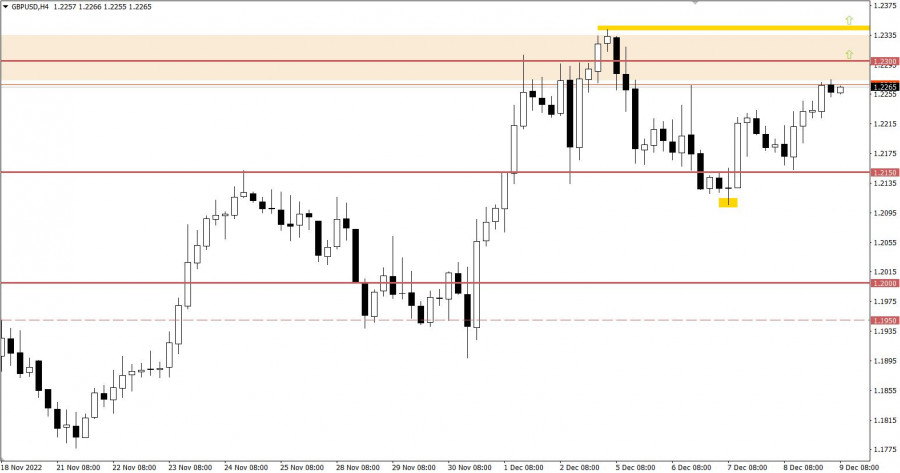 What's on the charts

The candlestick chart type is white and black graphic rectangles with lines above and below. With a detailed analysis of each individual candle, you can see its characteristics relative to a particular time frame: opening price, closing price, intraday high and low.

Horizontal levels are price coordinates, relative to which a price may stop or reverse its trajectory. In the market, these levels are called support and resistance.

Circles and rectangles are highlighted examples where the price reversed in history. This color highlighting indicates horizontal lines that may put pressure on the asset's price in the future.

The up/down arrows are landmarks of the possible price direction in the future.

1168
Can't speak right now?
Ask your question in the chat.