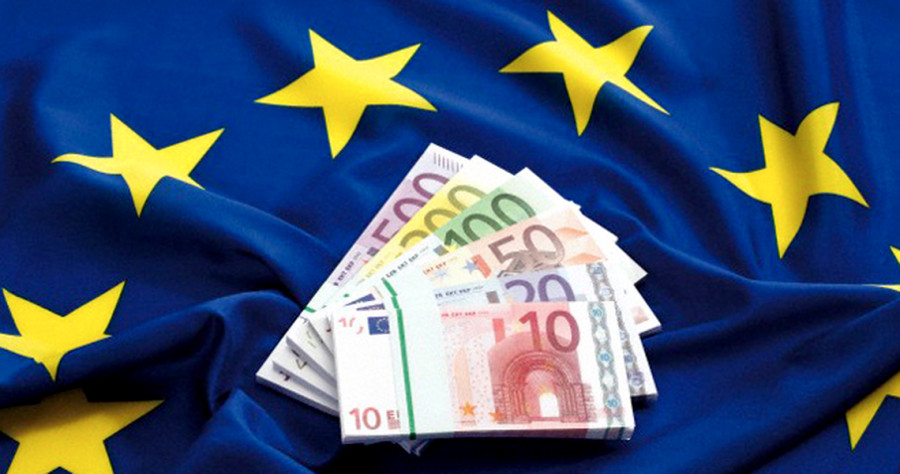 Unlike the US dollar, the euro started the new week by edging higher. Experts said that the euro is approaching its peak values, which cannot be said about the dollar. However, the greenback still hopes to win in the near future and outperform the euro.

According to analysts, the euro hovers near a 9-month high due to hawkish comments from members of the European Central Bank. At the same time, the US currency lost some of its gains, which are now extremely difficult to recover. The negative USD trend continued for four consecutive sessions. The reasons are potential tightening of monetary policy in the eurozone and the possibility that the ECB would raise rates, which contrasts with expectations of less aggressive policy of the Federal Reserve.

In such a situation, the greenback could give an unpleasant surprise by significantly strengthening. The global recession, rising inflation in the U.S. economy and geopolitical turmoil can be the reasons for dramatic changes. According to experts, the "bottom of the economic downturn" in the U.S. economy has not yet been reached, so the dollar can fall further. Under that scenario, U.S. stocks would plunge into a new low and investors would once again run in droves to protect assets, especially the dollar.

The rapid strengthening of the greenback negatively affects the economies of developing countries, especially those with high percentage of dollar borrowings. Recall that the excessive strengthening of the USD and rising dollar interest rates make it much more expensive to service loans. According to analysts, further strengthening of the dollar and the onset of a global recession will put pressure on the global commodity market.

The greenback is currently falling, but the Fed's determination to fight inflation will help strengthen it. According to traders and investors, in March, the Fed will raise the key rate to a peak of 5% and thereby end the cycle of monetary tightening. Against the background of such expectations, markets are laying in quotes a potential rate cut by the end of 2023.

The market currently favors the euro, although some analysts believe its triumph is short-lived. According to economists from MUFG Bank, the divergence in monetary policies of the Fed and the ECB contributes to the current EUR growth. According to preliminary forecasts, the ECB rate will reach 3% by the end of this quarter. However, this scenario is not fully taken into account by the market, experts believe. According to analysts, at the beginning of 2023, the monetary policy of the ECB and the Fed will follow different paths. Meanwhile, the U.S. central bank is prepared to lower the rate hike to 25 bps at the February meeting if there are signs that inflation in the U.S. is easing. This will strengthen the euro and improve the eurozone's economic outlook.

According to economists at ING Bank, the EUR/USD pair will benefit from a "favorable rate differential" from the leading central banks in the near-term planning horizon. According to observations, on this positive wave, the pair tested the significant level of 1.0900, but failed to consolidate on high positions. On Monday morning, January 23, the EUR/USD was trading at 1.0892, trying to hold its gains. 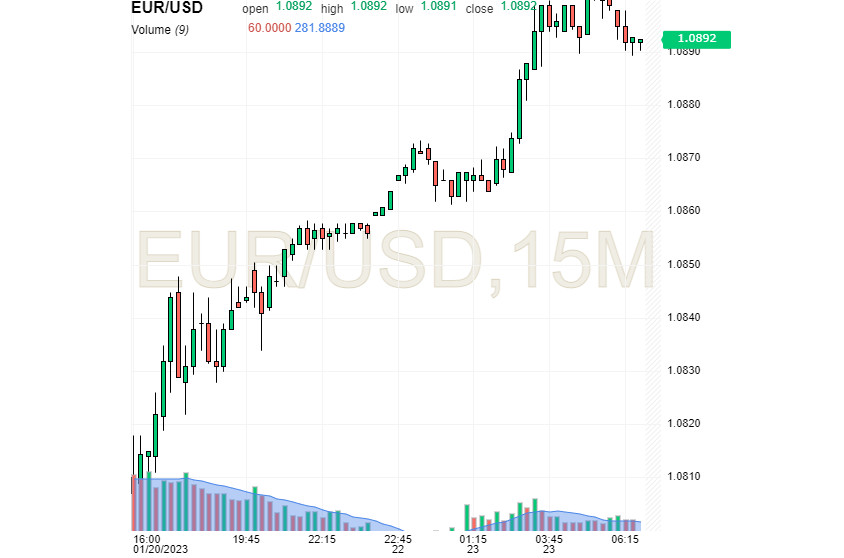 In the mid-term planning horizon, the EUR/USD pair will remain in an uptrend, but unstable trading conditions may hinder its further development. If the pair settles in the current price range, in which it remained before the release of the US GDP report, it will be a turning point for the further dynamics of the EUR/USD pair. The pair could rally due to a less aggressive monetary policy from the Fed, experts emphasize.

According to experts' estimates, the 1.0800 level turned out to be a kind of litmus test last week, demonstrating the pair's potential. The ability to rise above 1.0800, and then to reach 1.0900 is key to the bullish prospects of the pair, analysts say.

At the moment, the ECB is going to stick to its previous course aimed at toughening its monetary policy and raising rates. Economists at Commerzbank observed that markets took this information positively. Earlier, ECB President Christine Lagarde said that the central bank is "determined" to return to its 2% inflation target. During the last meeting, which was held in December 2022, Lagarde confirmed the possibility of the 50 bp rate hike in the near future.

Many market participants believe the ECB's statements and are skeptical about the Fed. According to estimates, the ECB has every chance to get ahead of the Fed in regards to monetary policy. If rate expectations do not get further impetus, the euro will find it difficult to appreciate against the dollar. That said, the greenback enjoys even the slightest chance of strengthening despite the negative factors. If economic sentiment in the eurozone improves, concerns about recession will take a back seat. This will give a head start to the euro and give a chance to gain time for a new rise.