Forex Analysis & Reviews: GBP/USD. The pound is having a nervous breakdown, but not for long 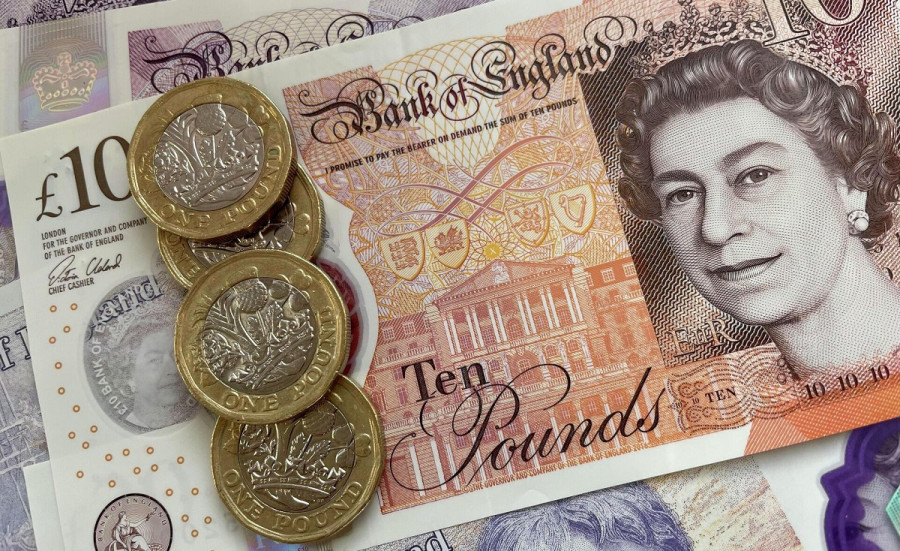 Trading the pound on Tuesday can be quite turbulent, as markets wager on past and upcoming events. The risk of Britain sliding into recession has worsened the pound's prospects ahead of the Bank of England's meeting. What can we expect from sterling in the coming sessions?

GBP/USD fell to 1.2300 from an almost 6-week high of 1.2450 reached the day before. Traders are excited about the new batch of data. The latest PMI report showed that the UK private sector contracted at the fastest pace in two years in January. This is due to industrial disputes, staff shortages, export losses, higher interest rates, and rising cost of living.

As for Bank of England policy, the central bank is expected to raise rates by half a point, to 4%, at its February meeting to deal with double-digit inflation. While steps at the next meeting are more understandable to traders, further action raises a lot of questions and uncertainty. Markets are divided on how much further rates will rise. Perhaps the peak will be 4.5%, which will be reached by the middle of the year.

Data released last week showed that the U.K. inflation rate has moved further away from its 41-year high. However, it remains well above the central bank's target of 2%. Market players consider the position of the British central bank together with the position of the Federal Reserve, which could already change during the February meeting.

Investors anticipate a less aggressive stance from the Fed after the recent release of the U.S. economic data. If expectations come true and the BoE surprises us with a more uncharacteristically hawkish change in QE, the pound should win. The current fall in the GBP/USD pair is likely to have a short-term effect.

The pound is at a crossroads, as noted by Societe Generale economists. A cross above 1.2450 can lead to an extended up-move. 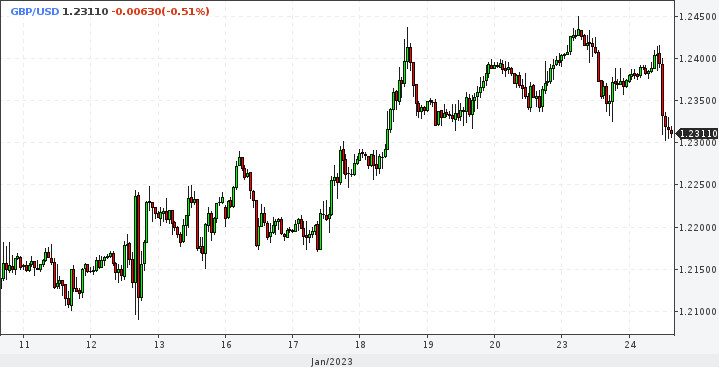 Defending the 1.2130 mark is crucial. Bulls need to hold on to it, in order to not aggravate the position of the pound.

Recall that the 1.2400 area proved too lofty in December and profit-taking ensued. How will it be this time?

"The main downside risks stem from a rebound in US bond yields and broader risk aversion. The pair has to establish itself beyond 1.2450/1.2500 to affirm the next leg of uptrend. If this break materializes, the up move could extend towards 1.2600 and 1.2750, the 61.8% retracement from 2021," commented the analysts.

Barclays opinion on the Bank of England meeting

Barclays strategists expect the pound to rise in the coming weeks. A more resilient economy and progress on the Northern Ireland protocol are additional reasons for a more optimistic view of the British currency's prospects.

"Strong demand, sticky domestic inflation, a notable hawkish shift by the MPC and a more constructive tone in the negotiations with the EU on the NI protocol bode well for GBP ahead of the February BoE meeting," says Lefteris Farmakis, FX Strategist at Barclays.

Analysts also recommended looking back at recent developments on QE. The BoE raised rates by 50 basis points in December. At the same time, the central bank warned of downside risks to the economy and the need to potentially further slow the pace at which it raises interest rates.

The BoE, as we all know, disappoints investors on a regular basis as it delivers smaller than expected rate hikes and by delivering decidedly pessimistic economic forecasts.

If this story continues, the pound rate will go down after the February meeting, too. Politicians, as usual, will either fail to meet expectations by raising the rate by 25 bps, or they will release another set of gloomy forecasts.

Barclays is looking on the bright side. Estimates, as practice shows, turn out to be better than the economic forecasts of the overly pessimistic BoE. The economy is proving more resilient than the Bank's forecasts set out in August and November. So should they be taken at face value or should they be discounted?

Economists at Barclays believe the British economy is more resilient than many have suggested, and incoming data point to a moderate slowdown in the economy, despite plenty of recent negative shocks.

"Markets are for the first time since the 'mini-budget' are underpricing an upcoming MPC meeting, in our view," says Farmakis.

Barclays cites another potential source of support for the pound in its new estimates. It is about events around the Northern Ireland protocol. England seems to be adamant in striking a deal.

A recent deal on data sharing was cited by EU politicians as being particularly helpful and expectations have risen that the long-running source of anxiety for UK-EU relations might find closure. In that case, the pound would gain another positive factor.