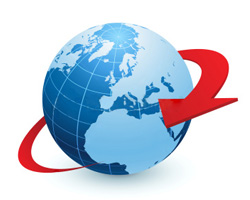 Retail sales data from the UK is due on Friday, headlining a light day for the European economic news.

At 2.00 am ET, the Office for National Statistics releases UK retail sales data for April. Sales are forecast to fall 0.2 percent on a monthly basis, slower than the 1.4 percent decrease posted in March.

At 4.00 am ET, the Central Statistical Office of Poland releases industrial output, producer prices and corporate sector wages data. Economists forecast industrial production to climb 16.2 percent on year, following the 17.3 percent increase in March. Producer price inflation is expected to advance to 20.5 percent from 20.0 percent in the previous month.

At 10.00 am ET, the European Commission is scheduled to issue eurozone flash consumer confidence survey results. The sentiment index is forecast to rise to -21.5 in May from -22.0 in April.