The minutes of the Federal Reserve are relatively rare to provoke strong volatility among dollar pairs. As a rule, after a two-week period after the last meeting, the market is already aware of the general mood of the regulator, thanks to the speeches of many of them. Yesterday, the Fed minutes was no exception in this regard: its key points were not a revelation for traders, so the dollar reacted minimally to this release. In addition, market participants are waiting for other, more important and relevant events of a fundamental nature - first of all, we are talking about trade negotiations between the United States and China, as well as data on the growth of US inflation, which will be published today.

Nevertheless, it is not worth completely ignoring the "minutes". And although this document did not affect the dynamics of the dollar in the moment "here and now", its value should not be underestimated. For example, yesterday's release once again reminded the market that the Fed had a serious split of opinions, and this fact may affect further decisions of the US regulator. 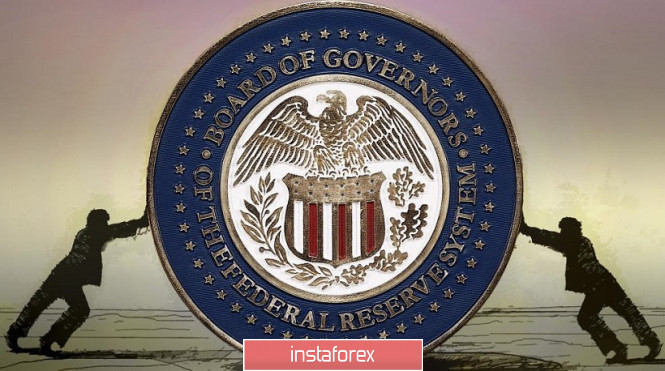 As you can see, the opinions of the Committee members diverged significantly: each has its own arguments in favor of a particular decision. So, according to the doves, the Federal Reserve needs to play ahead of schedule - according to them, lowering the interest rate will help offset the negative consequences of a slowdown in the global economy. In addition, the trade conflict with China has a negative impact on the prospects for US economic development. Supporters of soft monetary policy also pointed to a weak inflation rate, the base indicator of which has not been able to reach the target two percent level for a long time. According to the hawks, the regulator in this case is ahead of the events, depriving itself of the corresponding leverage that will be needed in the future. They believe that the most severe economic upheaval (possibly) is yet to come, so the regulator needs to pause now or even increase the rate by 25 points.

Despite the existing split in the Fed camp, the market is almost certain that the regulator will resort to another round of rate reduction: the probability of this step is almost 90%. Many of them do not exclude a double decline in November and December. In my opinion, such a scenario will be implemented in the event of the failure of the US-China negotiations and a new round of trade war. It is necessary to note one more important thesis of the published minutes: members of the Federal Reserve agreed that they would make decisions on rates, focusing on economic data. It is worth recalling that in recent years, US releases have not pleased dollar bulls: the producer price index and the ISM production index came out in the red zone, slowing down and not significantly reaching forecast values. If today's data on inflation in the US will also disappoint, then the likelihood of at least one rate cut will increase to 100%.

Another important nuance. During his last speech, the head of the Fed unexpectedly announced that soon the US central bank will resume regular operations on the open market, increasing its balance sheet account. The market interpreted this step in its own way - according to a number of experts, the regulator, in fact, starts QE-4, although Powell emphasized separately that this is not about the resumption of the stimulating program. According to the minutes of the September meeting, members of the regulator discussed this issue. The head of the Fed said that a series of "spot money injections" to maintain an adequate level of reserves is different from a full-scale quantitative easing program, and markets should understand and accept this difference. 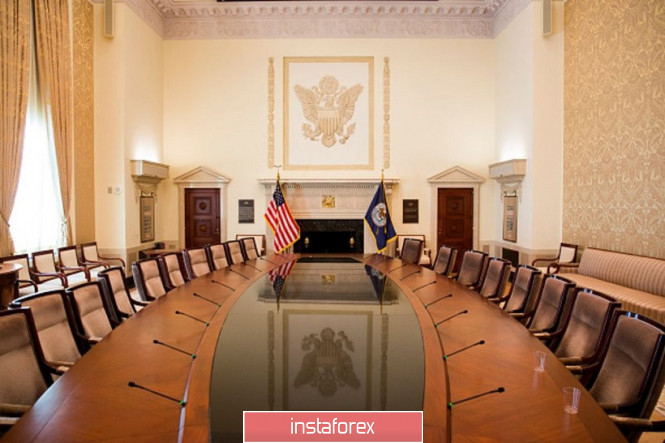 Thus, the essence of the published minutes is as follows: The Federal Reserve is ready to lower the interest rate further. Another question is when exactly this must be done: before or after possible economic shocks. Some advocate the use of preventive measures, while others urge not to spend leverage that may come in handy in the future.

All this suggests that the fate of the interest rate again depends on the outcome of trade negotiations between Washington and Beijing. If they fail, the rate will probably be reduced at the next meeting. Otherwise, the regulator may take a wait-and-see attitude until the beginning of next year, tracking the dynamics of key US macroeconomic indicators.