On Thursday, the dollar index finally corrected slightly after its strongest gains in the past four days. The correction reached 0.1% and occurred on the day of the decision by Congress on the temporary financing of public spending until December 3rd. It seems that investors were not at all worried about the shutdown issue, all their attention was focused on the yields on government bonds, which were rising for not entirely clear reasons. Explanations in the media for such an increase in yields about the beginning of investor preparation for a long period of the rate hike cycle are not entirely logical, since this has begun another year, as evidenced by market rates for futures on federal funds. But if the yields on bonds were growing without a clear foundation, then the strengthening of the dollar in recent days was speculative, largely due to the triggering of stop-losses of middle-market players. In such a situation, further strengthening of the dollar, that is, the weakening of the euro and other counter-dollar currencies, may be close to completion. 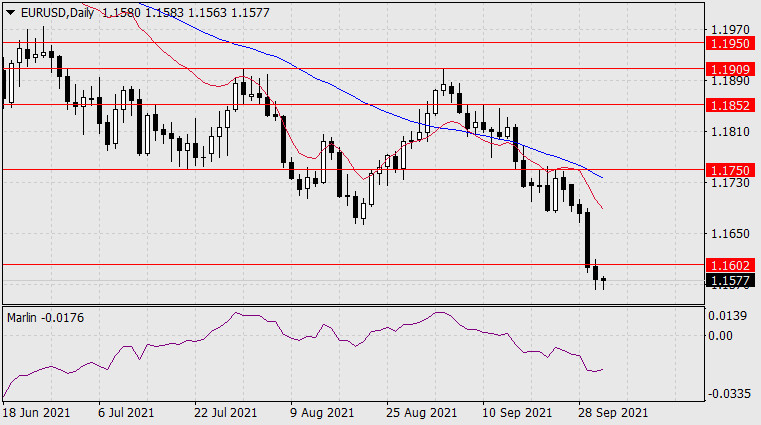 On the daily chart, the price consolidated below the target level 1.1602, ahead of the bearish target of 1.1430. But we are extremely cautious about such a prospect precisely because of the divergence of the fundamental and technical reasons for the events of the previous week. The signal line of the Marlin Oscillator begins to form a reversal, and if the price settles above 1.1602, the euro's growth may recover in the medium term. The first target of such growth is the level of 1.1750 (the July 21 low and the same as the September 24 high). 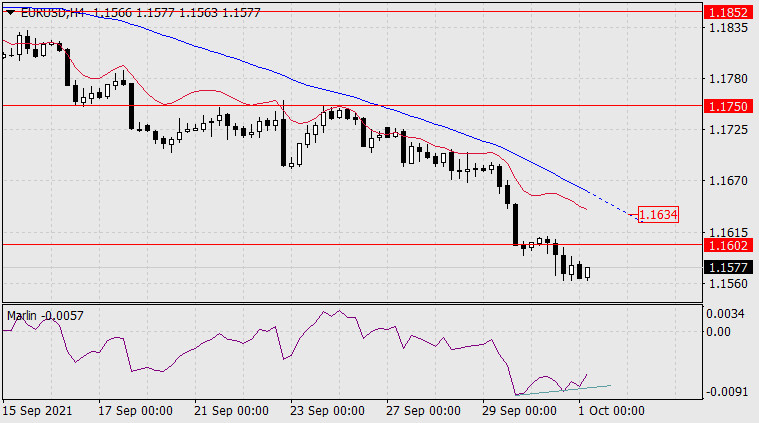 The price with the Marlin Oscillator has already formed convergence on the four-hour scale. The convergence looks weak, therefore, for the medium-term growth of the euro, consolidation above 1.1602 will not be entirely sufficient, it is still necessary to confirm the potential by consolidating above the MACD indicator line, above 1.1634.

So, a further decline in the euro is questionable, and the conditions for growth have not yet been prepared. We wait.