US Federal Reserve Chairman Jerome Powell's attempt to throw a bone to both "bulls" and "bears" on the US dollar has misled few. Investors have long heard that the Fed's job is not done and that the central bank will do everything in its power to bring inflation back to the 2% target. Thanks to them, the USD Index soared to a 20-year high not too long ago. Now the market has a different topic. The slowdown in the pace of monetary tightening, followed by a pause and possibly a dovish reversal. And this circumstance gives confidence to buyers of EURUSD.

Ahead of Powell's speech, fans of risky assets were spooked by easing financial conditions and negative real debt rates. This should have forced him to use aggressive hawkish rhetoric. However, the slowdown in US inflation has changed the outlook of the Fed. It no longer intends to sacrifice the economy to defeat inflation. What the Fed needs now is a balanced approach. 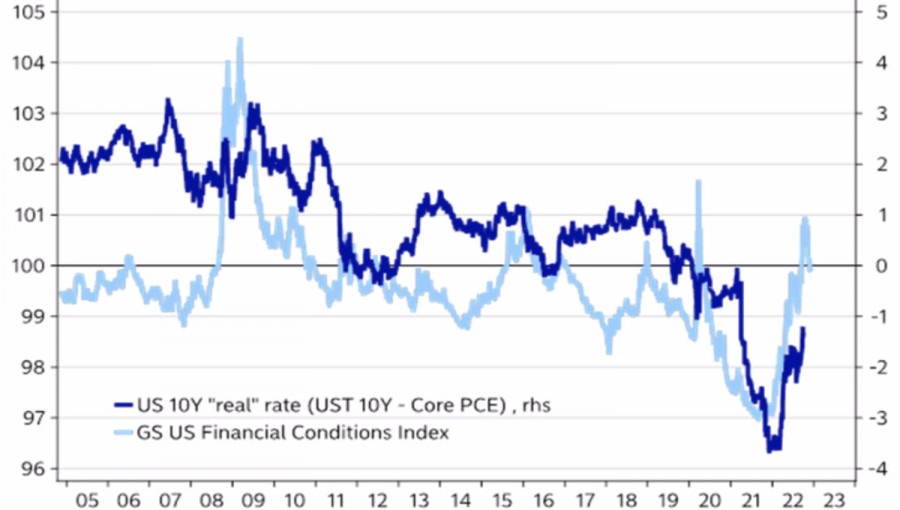 All of these suggests that the end of the monetary tightening cycle is near. Most likely, the Fed will raise the rate by 50 bps in December and February, after which it will make a final move of 25 bps in March. As a result, the cost of borrowing will rise to 5.25%.

The ECB, on the other hand, has no intention of slowing down. ECB executive board member Isabel Schnabel made several arguments at once in favor of raising the deposit rate by 75 bps in December. There is the drop in market expectations, which makes the work of the central bank more difficult. Fiscal measures by governments that are pushing CPI higher. And finding real bond rates below zero.

Let no one be confused by the slowdown in consumer prices in the eurozone from 10.6% to 10% in November. Core inflation is still rising at 5%, suggesting the ECB's job is far from done. Most likely, the cost of borrowing will rise by 75 bps in December, and possibly at the first Governing Council meeting in 2023. At the same time, the market forecast for a 3% rate ceiling looks plausible.

Dynamics of the expected rate of the ECB 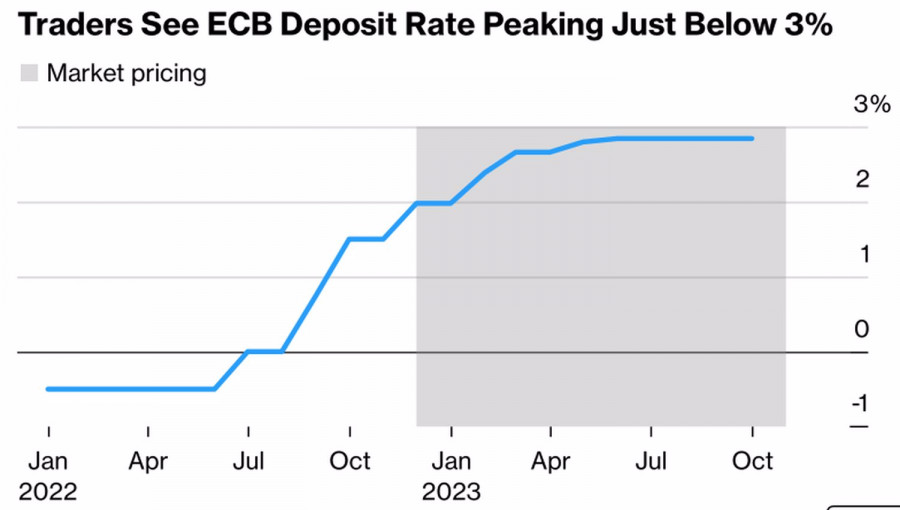 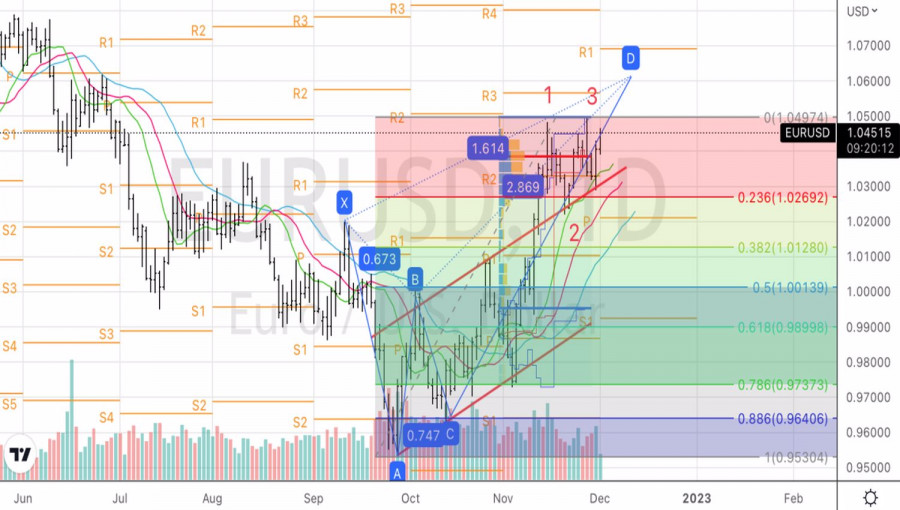 Thus, from the point of view of monetary policy, it makes sense to buy EURUSD. Nevertheless, fears of a global recession and geopolitical risks have not disappeared. They support the demand for safe-haven assets, including the US dollar. The American economy still looks stronger than the European economy, and investors' expectations about the slowdown in inflation in the United States may be overstated. This allows Nordea and BofA to predict a return of the euro to parity against the US dollar on a 3-month horizon, followed by a rally in the major currency pair.

Technically much will depend on the ability of EURUSD to rewrite the November high. If it succeeds, the way to the target at 161.8%, based on the Crab pattern at 1.06, will be open. If not, a pullback to the current rally awaits us. While the pair is above 1.0395, we focus on buying.