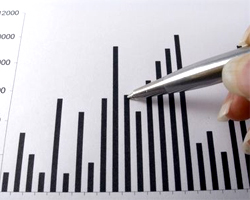 The annual growth in GDP was mainly supported by domestic demand formed by both consumer and investment requirements, while foreign demand declined.

Compared to the previous quarter, the Slovakian economy expanded at a steady pace of 0.4 percent in the first quarter.