Three decades have passed, and the story of George Soros, who made a billion dollars on a bet on the refusal of the Bank of England to maintain a fixed rate of the pound, haunts modern traders. They seriously expect to make money on the reluctance of the Bank of Japan to maintain control of the yield curve. If this happens, the USDJPY pair is in danger of diving into the abyss, like the sterling in 1992. But the bet can play! Not so long ago, in 2015, the Swiss National Bank enriched the EURCHF bears by refusing to support the 1.2 level. Why not follow a similar path for BoJ?

Certainly, a move away from yield curve targeting by the Bank of Japan looks unlikely. Even though CPI is above 2%, the core CPI is still very far from the target. It is growing at a modest 0.8%. The upward trend in inflation looks very weak. For a stable fixation above the target, a constant increase in wages by 3% or more is required. The last time this happened was 30 years ago, and it is still unclear how that history can repeat itself.

The BoJ does not pay attention to the Fed and other rival central banks actively tightening monetary policy. It continues to use monetary incentives and maintain the yield of 10-year Japanese bonds near zero. Given the global trends of accelerating inflation, this requires more and more effort. In June, Haruhiko Kuroda and his colleagues spent a record £16 trillion to keep debt rates at 0.25%.

Dynamics of purchases of bonds by the Bank of Japan 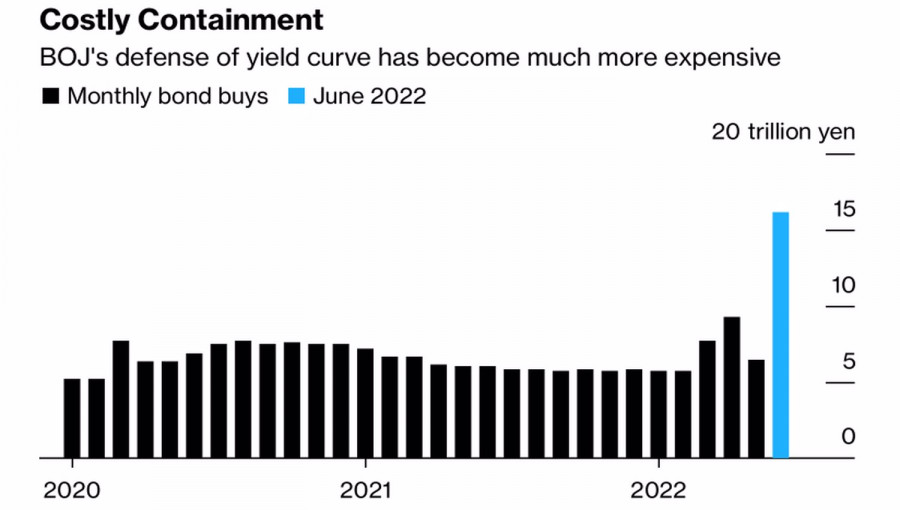 The divergence in the monetary policy of the Fed and the Bank of Japan has weakened the yen by almost 18% in 2022, and many large companies continue to predict a continuation of the USDJPY bull banquet. In particular, Credit Suisse and JPMorgan see the pair at 138 and 140, respectively, within three months, while Brown Brothers is looking to test the August 1998 high at 147.65.

Yes, the BoJ has little reason to abandon the ultra-loose monetary policy, it spends a lot of money to maintain control over the yield curve. However, both the Bank of England in 1992 and the Swiss National Bank in 2015 also clung to previously established benchmarks. And in the same way, they untied their wallets to keep them. History repeats itself, and hedge funds believe it. Over the past five weeks, they have been cutting speculative net yen shorts despite the USDJPY rally.

Dynamics of USDJPY and speculative positions on the yen 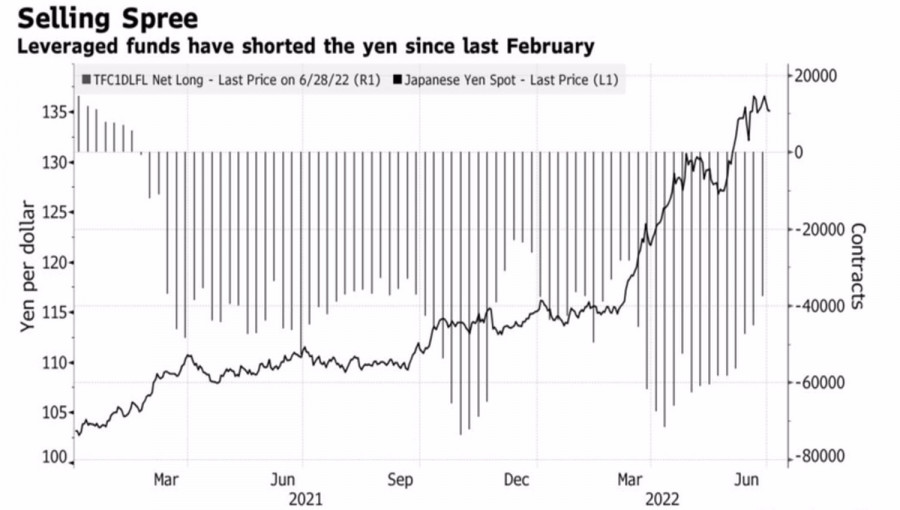 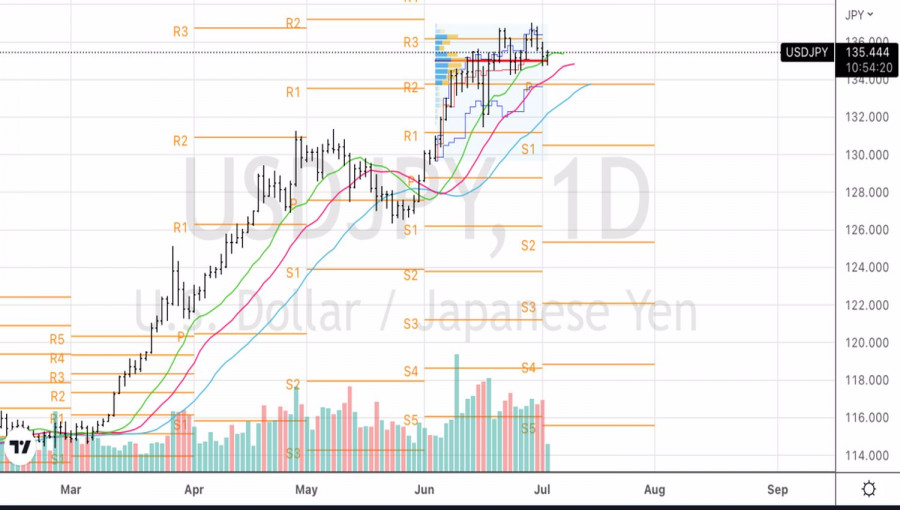 In my opinion, the analyzed pair is ripe for a correction, but the reasons for the pullback should be sought not in Asia, but in North America. Slowing inflation in the US and fears of a recession in the US economy lead to a decrease in the yield of treasury bonds and the repatriation of capital to their homeland by Japanese investors due to the decline in the attractiveness of foreign assets.

Technically, the USDJPY bulls' inability to gain a foothold above fair value at 135 is a sign of their weakness. Drawdown of quotes below 134.7 should be used for selling.