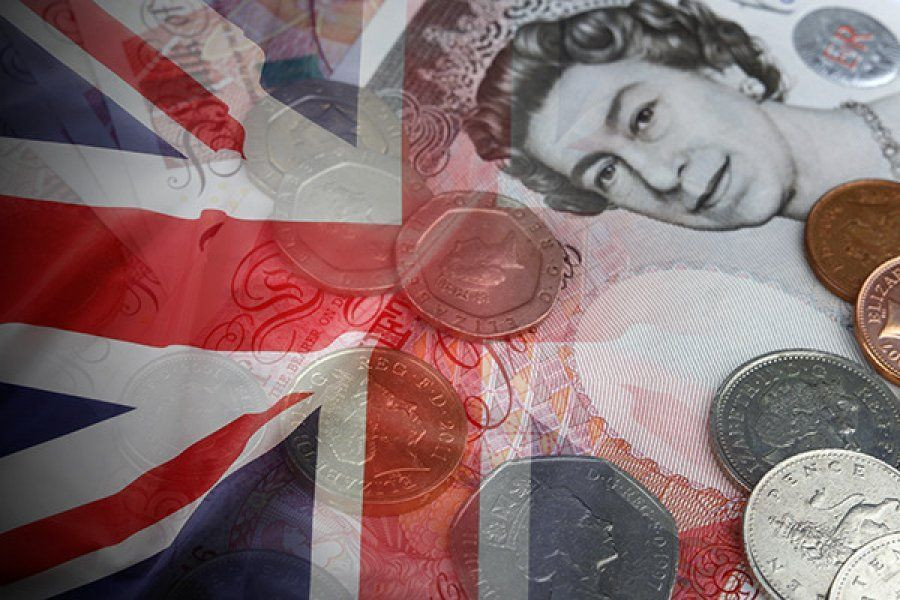 There is a paradoxical situation in the dynamics of the British currency. The pound, which is teetering on the brink of failure and periodically tests low levels, is considered by many experts to be undervalued. This factor helps the pound "float" out of the deepest price drops.

This week, the British currency was actively declining against the USD, trying to develop a bearish rally. As a result, the pound traded near two-year lows, stepping over the 1.1700 support level from time to time. GBP/USD managed to move towards consolidation later this week, breaking a four-day streak of declines and climbing above 1.1800. However, in the short term, pound bears will lose out due to lack of appetite for risk. At the same time, many investors prefer selling GBP, fearing the strengthening of energy problems in the country.

After the release of reports on inflation in the UK, short positions on the British currency intensified. According to reports for July, the consumer price index in the country reached 10.1%, being the highest since 1982. Citi Bank analysts estimate that inflation in the UK will soar to a record 18.6% in January 2023. The reason is a significant increase in prices for blue fuel. According to experts, British inflation will be the highest since the 1979 oil crisis, when its level corresponded to 17.8%. Under such a scenario, the purchasing power of the population will drop sharply. This will trigger a further economic downturn, hurting household finances in the UK.

However, many experts believe that Citi Bank's forecast is extreme, and even the intensification of the energy crisis in the country is unlikely to lead to a sharp round of inflation. This scenario is at odds with the baseline consensus forecast, which assumes inflation to rise to 11.9%, and the Bank of England's estimate (which assumes inflation to rise to 13%). The latter option is quite possible if the new British prime minister introduces another fiscal stimulus.

The current situation has a negative impact on the pound's dynamics, which remains under pressure. The GBP/USD pair cruised near 1.1835 on the morning of Thursday, August 25, gaining momentum. The pound is looking to recoup previous losses with varying degrees of success. 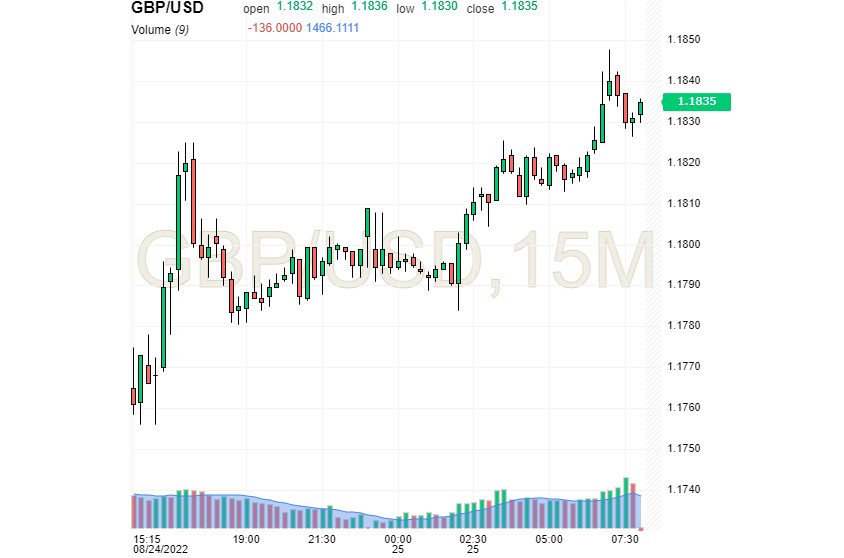 Additional pressure on the dynamics of the GBP has increased fears about the onset of a recession in the UK in the third quarter of this year. In such a scenario, the BoE will have to revise its current monetary policy and slow down the key rate hike. Analysts estimate that the pound is now negatively correlated with interest rates, as the risk of a recession is more important than the potential tightening of monetary policy by the BoE.

On the side of the bears of the British currency - a long-term strengthening of the greenback, which is fueled by the confidence of market players in the further tightening of monetary policy by the Federal Reserve. In addition, investors are convinced that the central bank is set for a significant rate hike in September (by 50-75 bps). The Fed's hawkish stance on this issue will send the dollar to new highs. However, risky assets, including the British currency, will come under pressure. Against this background, experts recommend holding short positions on the GBP/USD pair with 1.1500 as the target.

Currency strategists at the investment bank JPMorgan also adhere to the downward trend against the pound. Analysts expect the pound to fall against the dollar to its lowest level in two years. The reasons are the strengthening of the recession in the UK and the aggravation of the energy crisis due to problems with gas supplies. Against this background, the pound risks falling to 1.1400, the level that was recorded in March 2020.

According to JPMorgan economists, in 2022 the British currency fell by 12% against the US, and this is not the limit. The current situation has made the pound one of the worst G10 currencies in terms of spot returns. However, JP Morgan does not rule out a further recovery of the pound in 2023.

According to experts, risk appetite, the decline in the role of the USD and a fair assessment of the pound stand out among the catalysts for the potential growth of the GBP. Many analysts believe that the pound's undervaluation is a key factor that can prevent its further fall. Over the past 15 years, the deviation of the GBP/USD pair from fair value did not exceed 20%. Currently, the pound is at the peak of undervaluation (by 19.3%). According to experts, the pound may fall even more and remain underestimated for a long time.

According to analysts, the pound retains the potential for further decline, which is possible in the short and medium term planning horizons. The pound may be supported by increased risk appetite and the withdrawal of the greenback from its leading position. However, in light of the strengthening USD, this is unlikely. The pound's appeal for investors is possible amid falling real rates in the US, but now this is unattainable. At current levels, assets denominated in GBP look very cheap for foreign investors, experts conclude.

2248
Can't speak right now?
Ask your question in the chat.