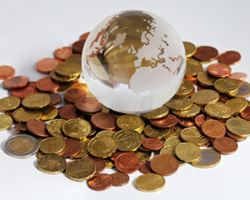 The agency said fiscal and economic activity indicators continue to sharply deteriorate with no clear sign of when they will bottom out.

It has forced Moody's to reevaluate the extent to which the fiscal and economic performance will conform to the assumptions that support the Baa3 of Brazil.

According to Moody's, achieving fiscal consolidation is proving hard in the context of sluggish economic activity. Moreover, political stalemate will make it difficult to arrest government spending trends and, consequently, to reverse the rising debt trend, the agency noted.

During the review period, it will evaluate the authorities' ability and willingness to put fiscal policy back on track, restore economic growth and arrest and reverse the rise in the government's debt ratios, Moody's said.