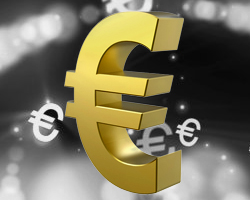 The euro climbed against its most major counterparts in the European session on Friday amid risk appetite, as some of the concerns over the omicron COVID-19 strain receded and positive economic reports from the euro area signaled a sustained recovery.

Scientists in South Africa said that the Omicron variant is causing mild illness in patients who are vaccinated.

Investors looked ahead to the release of the U.S. monthly jobs data for additional clues on stimulus tapering and interest rate rises.

In economic releases, IHS Markit's Flash Composite Purchasing Managers' Index (PMI) rose to 55.4 in November from 54.2 in October. But that was below an earlier 55.8 "flash" estimate.

The IHS Markit/CIPS UK Services Purchasing Managers' Index (PMI) fell to 58.5 in November from 59.1 in October.

France's industrial production rebounded in October, largely led by a strong recovery in the manufacture of transport equipment, preliminary data from the statistical office INSEE showed.

Looking ahead, U.S. and Canadian jobs data and ISM non-manufacturing PMI, all for November, as well as U.S. factory orders for October will be released in the New York session.